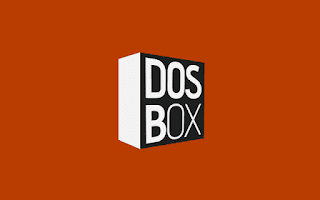 Codeweaver's Crossover, now at version 18, does an excellent job of making most MS Windows applications run reliably on a modern Linux installation.DOS

But what if you have an old DOS-based game or application? Crossover doesn't do DOS in a way that enables it to run these old DOS applications and the smart money is on installing and using DOSBox as a native Linux application and running those apps from there. Using it is pretty straightforward, but you must read the documentation to get started.

But if you just installed the native Linux version of DOSBox you would miss out on several very nice features of Crossover such as easily accessing the apps from your desktop menu, and being able to archive and restore the DOS application. You can do all of this without Crossover, but if you use Crossover for Windows apps, it would be nice to use Crossover with DOS apps.

Fortunately, Crossover does offer and easy way to install the Windows version of DOSBox. You can also add DOSShell v1.9 by Loonies Software, a GUI wrapper for running installed DOS apps.

DOSBox also offers some improvements over Vanilla DOS, like virtual drives, screenshots and screencasts. While the official version has been at 0.74, released in 2010, development continues in SVM builds. You may find an enhanced version that meets a particular need for your application.

Create a crossover bottle for DOSBox. Just select DOSBox as the application, then Crossover downloads and installs it. When completed, one of the menu options is DOSBox 0.74 Options. A right-click and "Open" displays the configuration file for DOSBox. Don't make any changes except to add at the very bottom the following:

This command will tell DOSBox to treat the drive_c directory in your Crossover DOSBox bottle as the default C:\ drive.

I always preferred my DOS CD-ROM drive to be labeled R:\ and you can do this from the WINE Configuration menu selection. The window will open and you can select Drives. Add drive R:\ with the Add button. Select it and change its Path to /dev/sr0 and now you CD/DVD disc drive will appear to DOSBox as R:\. Creating virtual drives of any other directory is easy and very convenient.

Once all that is done, you have a working DOSBox that automounts the Crossover bottle's C:\ drive, can access any CDROMs you have as well as any other directory you choose to configure as a virtual drive.

To install WordPerfect 5.1 all I needed to do was launch the DOSBox bottle and change the directory to the virtual drive I had configured to hold all the installation files and run INSTALL.EXE which handles everything else. The installation was a fairly lengthy and elaborate process. I remember those days with no fondness.

I did run into a hiccup during the installation when I was told I had run out of "file handles". Nothing seems amiss when running WordPerfect, but I'll do some detective work and be back if I solve that issue.

vDos
If you are just interested in running DOS business applications and not games, vDos targets that market, providing better support for keyboard, mouse, networking and printing that DOSBox. It runs only on MS Windows7 and later Windows versions. vDos is actually a Windows program, not any kind of Linux program. It will run in a Windows7 WINE bottle ( i have installed an run it in Crossover). It is FOSS, but it is Freeware with a nag screen for non-businesses users; registration drops the nag screen and allow access to support. If you have a need to run DOS-based apps like WordPerfect or Wordstar, this may the app for you.

vDos is installed in C:\vDOS which becomes the default C:\ drive; you can map other Windows directories to a DOS drive as necessary, create customized startup files for multiple applications. It seems very handy for business-focused DOS applications.

History of Programs Included With Different
Versions of DOS